In 2011 the number of people who evacuated, both under government orders and voluntarily, peaked at around 165,000.

Approximately 25,000 people [1] will never be able to return to their homes.

Since 2011 some people have continued to evacuate voluntarily. In some cases this is the result of noticing changes in their health and/or the health of their children, which are consistent with the effects of chronic exposure to low-level internal radiation [2].

According to the Yomiuri Shimbun – Japan News [3], the total number of Fukushima households which evacuated voluntarily, both within and outside Fukushima prefecture was 10,524  (26,601 people).

5,294 households voluntarily evacuated within Fukushima prefecture: all of these will have their subsidies terminated;
5,230 households voluntarily evacuated to outside Fukushima prefecture:
3,607 of which will continue to receive subsides from the prefectures where they have settled;
1,237 will have their subsidies terminated;
386 don’t yet know wether or not their subsidies will be terminated.
.
Hence the total no. of households which evacuated voluntarily definitely facing termination of subsidies: 6,531
.
[1] Figure from Green Cross: http://www.nuclearpolicy.info/docs/events/071114/Fukushima_Green_Cross_Study_Tour.pdf
.
[2] Dr Sigeru Mita discusses the effects of chronic exposure to low-level internal contamination in his 2014 letter to fellow doctors:
https://www.save-children-from-radiation.org/2014/07/16/a-tokyo-doctor-who-has-moved-to-western-japan-urges-fellow-doctors-to-promote-radiation-protection-a-message-from-dr-mita-to-his-colleagues-in-kodaira-city-t/
.
[3] Lifting Fukushima Evacuation Orders, Japan Times 3 April 2017: https://www.japantimes.co.jp/opinion/2017/04/03/editorials/lifting-fukushima-evacuation-orders/#.WhU_ATKcYo8
http://www.the-japan-news.com/news/article/0003439790
. 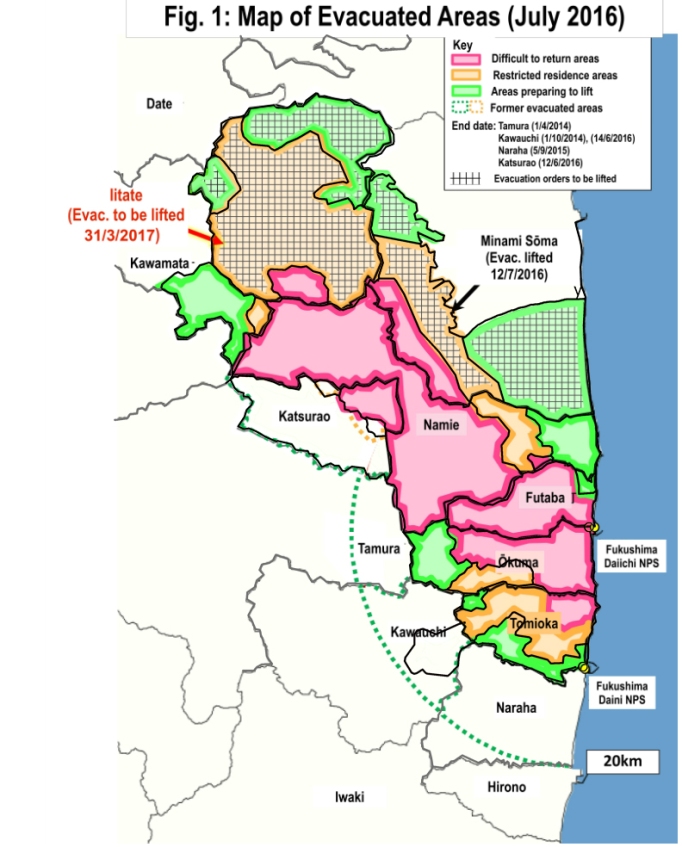 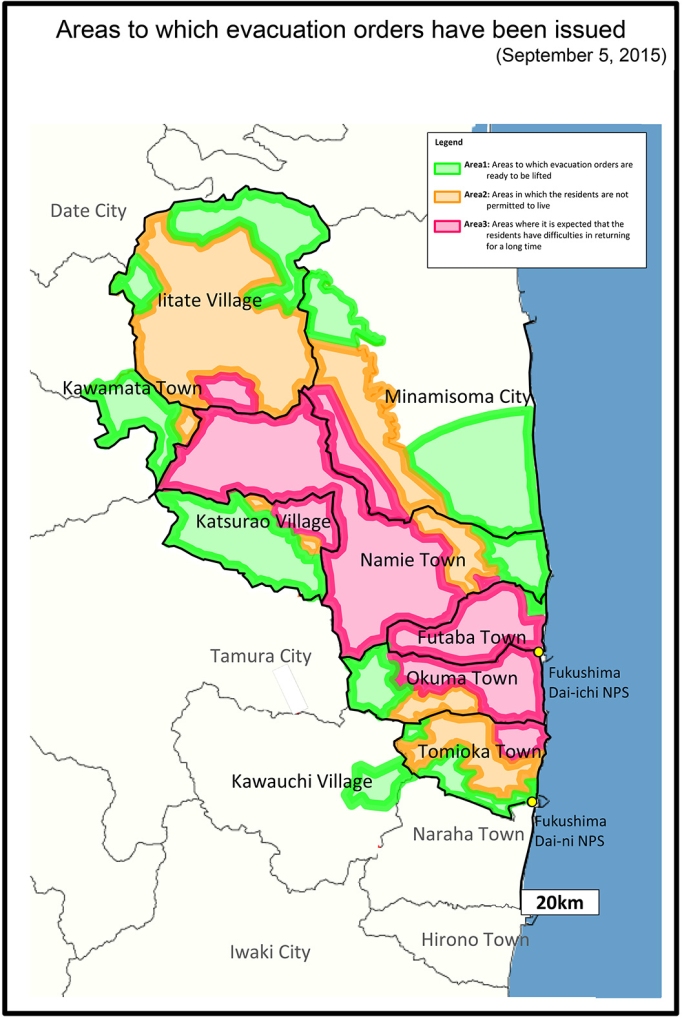 Map from website of METI (Ministry of Economy, Trade and Industry)